In acknowledgement of Veterans Day and the role that nurses have played down through ages in caring for the wounded, we would like to honor and pay tribute to all Nurses who have “Tended the Wounded” in various capacities, especially those who have served in the Armed Forces. Thank you for your compassion and dedication in your courageous and unwavering service.

Month of November Special:
Give a Gift of Appreciation and Gratitude to the Nurses in your life who have served Our People, Our Country. Give the Gift of a Nurse Commemorative Coin, a beautiful heirloom quality fine silver coin that represents the symbols, imagery and attributes of the nurse. This beautiful, heirloom quality, fine silver coin depicts a nurse caring for a wounded soldier in the battlefield. 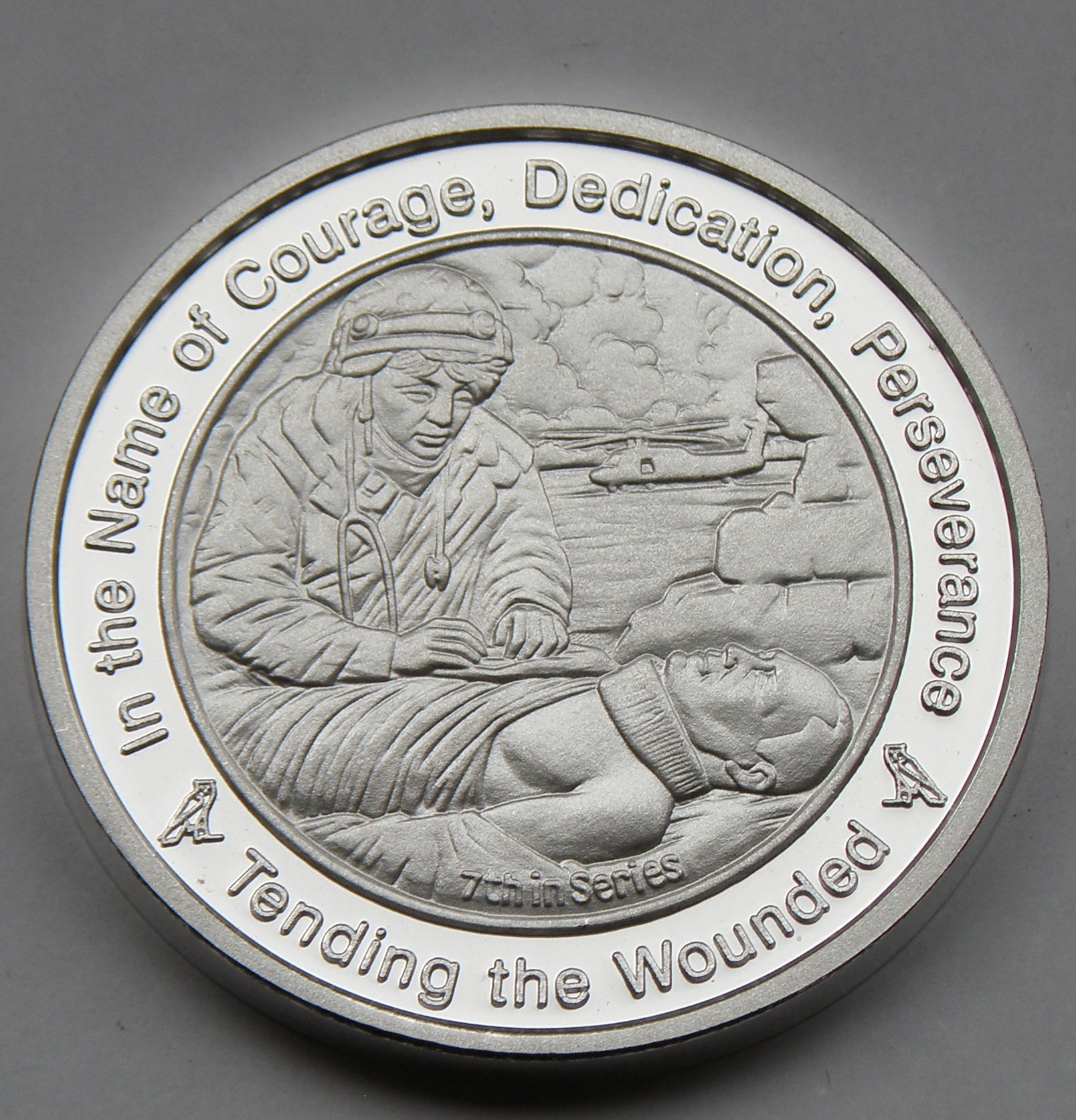 Also, Free Download of the newly recorded song entitled Tending the Wounded song from the upcoming album Return of the Nightingale: A Tribute to Nurses, Vol. 2, scheduled to be released in 2016. This song was written as a tribute to nurses serving the wounded and to enhance the meaning of the imagery represented in the design of the 9th coin in the Return of the Nightingale Nurse Commemorative Coin Series.

Know what you want?